Who the first Mason was, and what occasion or occasions brought the first Masons together to form a lodge in Red Wing, is an unrecorded bit of history that, in all probability, will never be learned, as all these brethren have long since departed on that journey to the undiscovered country from whose bourne no traveler returns.

A small and faded application for dispensation to open a Lodge in Red Wing is on file in the office of the Grand Secretary. This shows that on September 11th, 1855, William Ladd, William Lauver, Henry C. Hoffman, William Freeborn, Norris Hobart, A.T. Parks and William Phelps applied to Moses Sherburne, the Masonic Grand Master of the State of Minnesota, for dispensation to form a Lodge in the city of Red Wing.

On January 9th, 1856, the Red Wing Lodge was given a charter to work as the eight Masonic Lodge organized in the State of Minnesota. Already the Lodge had 57 members and the following officers were elected to serve: William Ladd – W.M.; W.W. Phelps, S.W.; William Lauver, J.W.; H.C. Hoffman, Secretary; William Freeborn, Treasurer; A. Parker, S.D.; and N. Hobart, J.D.

The first meetings in 1855 were held in Judge Phelps’ home in Red Wing. In 1856 the Lodge moved to a room on the third floor above A. Swanson’s Chapel at 308 Main Street (currently the Red Wing Shoe Co.'s headquarters). Work was continued in this space for a short time when better and more commodious quarters were secured in the rooms on the third floor of the building occupied by Mr. Clem Phillips’ restaurant.

At the time it was thought these quarters were the height of fashion. The seats for the members were long benches with back similar to the old fashioned church pew. The benches were painted blue and upholstered in a flowered chintz cloth. Three Gen. Jackson chairs, made of hazelbrush sprouts, served for the Master and Wardens, and a figured ingrain carpet covered the floor. One of these chairs served as the Tyler’s chair while our quarters were still above the Armory.

From the beginning Stated Communications were held on the first and third Mondays of each month. In 1871, however, the third Monday was dropped in favor of the other Masonic bodies.

In December of 1873 the Lodge was moved again, this time to the third floor of the Smith building above the Carpenter clothing store (currently the Home Plate Grill & Dugout Lounge). Many of the members thought the Lodge at last had been installed in a permanent home having taken a 25 year lease on these rooms. The space was well equipped and the Lodge proceeded to complete a great deal of work. However the consequent growth in membership made new quarters again necessary in a few years.

In 1901 the Lodge, with Company G of the First Minnesota National Guard, built the Armory on Plum Street. The building at the time cost $25,000. The entire third floor of the building was given over to Masonic purposes, and constituted at the time, and for more than 20 years following, one of the best equipped Lodge rooms in the State.

Early in the morning on April 13th, 1925, fire of an unknown origin broke out in the Armory, and by daylight the building was completely gutted. Of all the beautiful equipment the Lodge had, only an iron safe and the Master’s chair used in the Smith building escaped the flames.

After the fire the Lodge met in the Odd Fellow’s and United Workman halls (currently Carlson’s Sporting Goods). Beginning immediately, and for the fifth time in 70 years since the Lodge was organized, an earnest effort was made to locate in a permanent home, and this time the dream was finally realized.

Various properties were inspected, but the Lodge decided that a home of their own would be more suitable. The Trustees (E.H. Foot, R.E. Johnson and C.E. Friedrich) consulted the Temple Association and a building committee was appointed. A finance committee was appointed as well with the co-chairs being E.C. Erb and C.J. Sargent.

With a trust fund of approximately $23,500 and $1,500 from the three Masonic bodies, the proposition of erecting a new building was submitted by the Trustees to the Temple Association, and then presented to the Lodge at a Summons meeting. Action was taken that J. & W.A. Elliott, contractors, erect a suitable Temple for Red Wing Lodge No. 8 on the corner of Fourth St. and East Ave., according to the plans and specifications submitted. The cost of the land was $4,000, the building $38,000 and the furniture $5,000.

It was agreed upon, at the summons meeting without a dissenting vote, to go ahead with the building plans when the balance of $22,000 was raised. The finance committee, headed by C.J. Sargent, began their work and the entire amount was raised within ten days. The contractor was then notified.

The cornerstone was laid by the Grand Master, Sam A. Erickson, in the summer of 1928 and the building was completed in December of 1928. Too much credit cannot be given to the Trustees, Committees, contractors and the membership for their splendid cooperation in erecting a building which is such a credit to Red Wing Lodge No. 8.

Significant changes initiated in 1979 and completed in 1980 included extensive interior restoration, and the leasing of the lower level to the law firm of Holst, Vogel, Erdmann and Vogel. This additional source of income has enabled the Lodge to maintain its building over the years and to provide for charitable gifts both locally and throughout the state (the negotiating committee for the building lease was C. Truman, W.M.; H. Niedfeldt, S.W.; R. Zeisler, J.W.; E. Samsel, Sec.; R. Stinson, Trustee; George Carlson, Trustee; V. Erickson, Trustee; D. Baringer; G. Nelson).

168 years after the first seed of Masonry was planted in Red Wing, the officers and the Brothers of Red Wing Lodge No. 8 hold up the success of the men who have gone before us as we look toward a bright future for this wonderful fraternity. 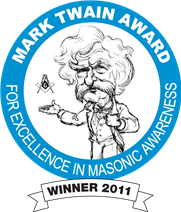 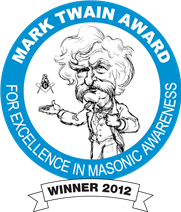